Arnold B. Arons Award for Excellence in Teaching, Advising, and Mentoring

This award was established by the Woods Hole Oceanographic Institution to honor the memory of Dr. Arnold B. Arons, long serving Trustee and Honorary Trustee of Woods Hole Oceanographic Institution. Dr. Arons was renowned for his excellence in teaching physics at Stevens Institute, Amherst College, and the University of Washington. In recognition of his notable contributions to teaching, he was awarded the American Association of Physics Teachers Oersted Medal. He received the University of Washington's Distinguished Teaching Award in 1973.

During World War II, Dr. Arons was employed at WHOI. After the war, he collaborated with Henry Stommel in notable contributions to physical oceanography. During his tenure as Trustee and Honorary Trustee, Dr. Arons was instrumental in establishing and nurturing formal graduate education at WHOI, especially the MIT-WHOI Joint Program.

The Arnold B. Arons Award will be conferred periodically every two to five years as circumstances warrant to a WHOI Scientific Staff or Senior Technical Staff member who has demonstrated any or all of the following qualities during his/her participation in the education programs of the Institution. 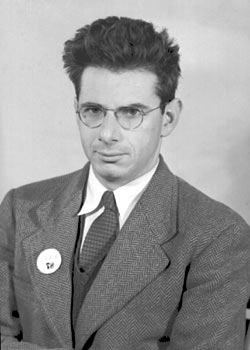